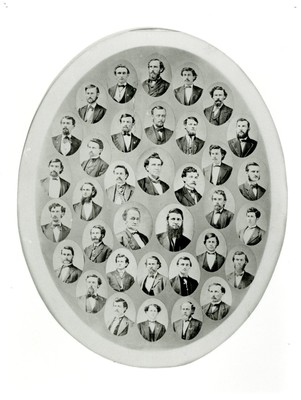 Members of the Class of 1871 are unidentified in this photograph, however, a list from a publication titled Alumni of the Law Department lists the following individuals as 1871 graduates:

Photo courtesy of the University Archives.