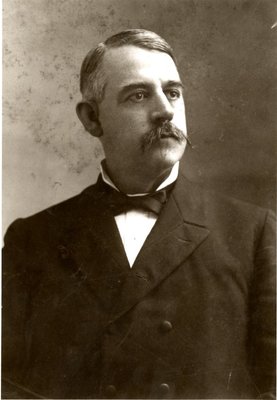 Enoch George Hogate (b. 1849; d. 1924) became Indiana University’s fourth Dean in 1906. Born in New Jersey, Hogate came to Indiana with his family when he was fifteen. Settling in Danville, he attended the Danville Academy before attending Allegheny College (Meadville, PA) where he received his A.B. in 1872, an A. M. degree in 1875, and an honorary LL.D. in 1909. Hogate returned to Danville after college and began practicing law. In 1886 he was elected clerk of Hendricks County Court and he was elected state senator in 1896. He joined the faculty of the Indiana University School of Law in 1903. Health issues forced his resignation in 1918, but he held the title of Dean Emeritus for the rest of his life.

New Dean of the Law School