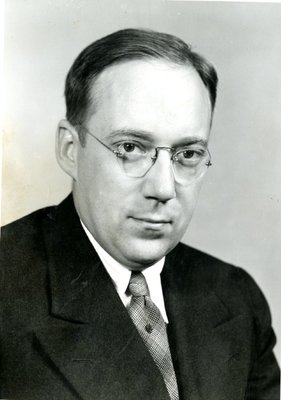 Frank Edward Horack, Jr. (b. 1907; d. 1957), served as Acting Dean of the Indiana University School of Law during the 1948-49 academic year, while Dean Gavit was away. Born in Iowa City, Iowa, in 1907, Horack graduated from the State University of Iowa in 1926 and from the University’s Law School in 1929. Additionally he received a LL.M. (1930) and a SJD (1931) from Harvard University. Prior to coming to Indiana he served on the faculty of the University of West Virginia Law School (1931-1933), as well as serving as both Assistant General Counsel of the U. S. Treasury Department and Adviser to the General Counsel of the Federal Securities Agency in 1934. In 1935 he became a member of the Indiana University School of Law faculty, a position he held until his sudden death in 1957.

For a complete list of Frank Horack's writings click here. Listed below are writings about Frank Horack, along with miscellaneous materials related to Horack.