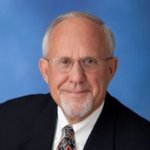 After law school, Stewart served as a Second Lieutenant in the U.S. Army. Upon his discharge from the military, Stewart moved to Portland, Oregon, where he joined the firm of Davis Wright Tremiane, an international full-service firm with offices around the world. For 13 years, Stewart served on the firm’s Executive Management Committee; he also served as the firm’s client relations partner. Stewart's practice has focused on structuring merger and acquisition transactions, reorganizations, and management buyouts. His business experience has also includes ownership and operation of manufacturing, distribution, and retailing enterprises. He regularly speaks and publishes on mergers and acquisitions, joint ventures, and the globalization of the legal profession. Additionally Stewart has taught business development and client relations skils at the Lex Mundi Monterey Institute.

Stewart served on the law school’s Board of Visitors (1994-2001) and chaired the Board in 1999/2000. He has also served on the boards of the IU Foundation and the IU Art Museum. Milton R, Stewart was inducted into the Indiana University Maurer School of Law Academy of Law Alumni Fellows in 2009. In 2010, he and his wife helped established the law school’s Center on the Global Legal Profession. In 2016, in recognition of their longstanding commitment to the Law School and a substantial bequest, the center was named the Milt and Judi Stewart Center on the Global Legal Profession. In addition, the Milt and Judi Stewart Professor of Law professorship was created and is now held by the center’s director.

Laern more about Milt Stewart at the following sites: