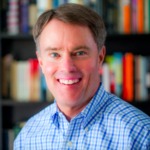 After law school, Hogsett joined the Indianapolis law firm of Bingham, Summers, Welsh & Spilman, where he specialized in federal civil rights and employment discrimination litigation. Hogsett would rise to become a senior partner in the Bingham firm, while also becoming involved in Indiana politics. In 1990, he was elected Indiana Secretary of State, serving until 1994. From 1995 until 1997, he served as Chief of Staff and Senior Advisor to the Governor. He was Chairman of the Indiana Democratic Party in 2003 and 2004, and in 2010 President Obama nominated Hogsett to serve as United States Attorney for the Southern District of Indiana. He was confirmed and held the position until 2014. In 2015, Hogsett was elected Mayor of Indianapolis.

Learn more about Joe Hogsett at the following site: