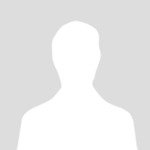 Clarendon Davisson was born on December 10, 1817, in Xenia, Ohio. He was educated in Xenia, before enrolling at Indiana University. He received his LL.B. from Indiana University in 1844, one of five graduates in the first class of the school, and then began practicing law in Petersburg, Indiana. He later returned to Bloomington and edited the local newspaper, The Herald.

Davisson would work for several Midwestern newspapers in the years before the civil war, including the Indianapolis Journal, the Chicago Tribune, and the St. Louis Democrat. While covering 1858 Lincoln-Douglass debates, Davisson apparently developed a friendship with Abraham Lincoln. Three years later, President Lincoln appointed Davisson as Consul at Bourdeaux, France, a position he would hold until 1866. Davisson is credited by many as having influenced the French government to prevent Confederate ships from sailing from France.

After the war, Davisson returned to America and settled in New Orleans, working for the New Orleans Republic and working with the Board of Education. Clarendon Davisson died on September 10, 1878, age 60, in Brighton Island, Georgia.

Learn more about Clarendon Davisson at the following sites:

No known photographs of Davisson exist