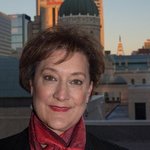 Abigail (Lawlis) Kuzma was born and raised in Bloomington, Indiana. In 1974 she graduated from Bloomington High School South and then attended the University of Wisconsin. She received her B.A. in Philosophy from Wisconsin in 1978. Later that year she returned to Bloomington to attend the Indiana University School of Law. While in law school, she served as an Articles Editor for the Indiana Law Journal (v.56). Kuzma received her JD from IU in 1981.

Kuzma’s legal career began as a Legislative Assistant to Indiana Senator Richard Lugar. In 1986, she became the Minority Chief Counsel and Staff Director for the U.S. Senate Committee on the Judiciary. In 1994, she founded the Neighborhood Christian Legal Clinic in Indianapolis and served as its Executive Director for the next 15 years. In 2004, Kuzma joined the Office of the Indiana Attorney General as the Director and Chief Counsel for Consumer Protection. She served as Assistant Attorney General of the State of Indiana from 2009 until 2017.

In January of 2017, Kuzma became the Non-Director Member of the Governance and Performance and Delivery of Legal Services Committees of the Legal Services Corporation, the single largest funder of civil legal aid for low-income Americans in the nation. Established in 1974, LSC operates as an independent 501(c) (3) nonprofit corporation that promotes equal access to justice and provides grants for high-quality civil legal assistance to low-income Americans. In the fall of 2018, President Donald Trump nominated Kuzma to serve on the LSC’s Board.

Among the many awards Kuzma has received are, the Indiana Bar Foundation Pro Bono Publico Award in 1998, the 2002 Indiana State Bar Association Women in the Law Achievement Award, and the Indiana University School of Law Distinguished Service Award in 2008.

Learn more about Abigail Lawlis at the following sites:

Hospice: The Legal Ramifications of a Place to Die, Indiana Law Journal, 07/1981

Foreclosure in the Heartland: What Did We Learn?, Valparaiso University Law Review, 01/2014