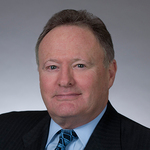 Jeffrey Scott Davidson was born in East Chicago, Indiana. A 1965 graduate of Hammond (Indiana) High School, Davidson enrolled at Wabash College in Crawfordsville, Indiana. Davidson participated in a combine engineering program operated by Wabash and Columbia University in New York. As a result, he spent three years at Wabash and two years at Columbia, receiving a B.A. in physics from Wabash and a B.S. in industrial engineering from Columbia (1970). In addition, he spent seven summers working in the steel industry in northern Indiana. In 1970, Davidson enrolled at the Indiana University School of Law. While in law school, he served as the Executive Editor of the Indiana Law Journal (v.48) and received the Wendell Wilkie Award for scholastic achievement. Davidson received his JD from the law school in 1973.

Davidson spent his entire legal career in Los Angeles, California, with the firm Kirkland & Ellis LLP. As a successful trial lawyer specializing in commercial litigation, Davidson became a partner in 1978, served as a member of the firm’s Firm Management Committee for more than 15 years, and became Of Counsel in 2013. He was the Board President of the Western Center on Law and Poverty from 2003 to 2007, served as a faculty member of the ALI-ABA National Securities Litigation Seminar for many years, and was awarded the 2005 President’s Award for Pro Bono Service from the California State Bar Association. Davidson received the Maurer School of Law’s Distinguished Service Award in 2011.

Learn more about Jeffrey Davidson from the file above, or the site below: