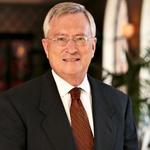 Seddelmeyer’s legal career began in Houston, Texas, working in the law department of Exxon Company, USA. He would remain with Exxon for his entire career, working in legal positions of increasingly responsibility. He retired in 2014 as ExxonMobil’s Senior Counsel for Legal Policy. During his long career with the company, Seddelmeyer managed hundreds of attorneys working on complex issues ranging from the Valdez oil spill to the mitigation of greenhouse gas emissions. After retiring, he became an adjunct faculty member at the Southern Methodist Dedmans School of Law in Dallas, as well as becoming a consultant and legal advisor.

Learn more about John E Seddelmeyer at the following site: