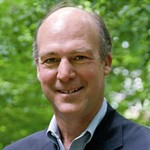 After law school, Weeks spent four years working for the Indianapolis firm of Sommer Barnard PC, before following his passion, in 1982, to become the Indiana State Director of The Nature Conservancy. In 1988, he became Chief Operating Office, and in 1994 he moved to Virginia where he co-founded the Nature Conversancy’s Center for Compatible Economic Development. He returned to Indiana in 2005, and helped found the Indiana University Conservation Law Center. From 2005 until 2018, Weeks served as Director of the Center and the law school’s Conservation Law Clinic. In 2015, Weeks was appointed the Glenn and Donna Scolnik Clinical Chair. He is the author of Beyond the Ark: Tools for an Ecosystem Approach to Conservation (1997) and received a 1997 Indiana University Maurer School of Law Distinguished Service Award.

To learn more about William "Bill" Weeks, see the files above or the files below: