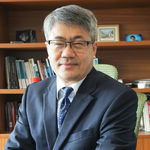 Man’s legal career has been a combination of practicing law and teaching law. He has held academic positions at Peking University (1984-85; 2014- ) and Harvard University (1985-86) as well as practicing law with the firms of Baker and McKenzie (1999-2007), Hogan Lovells (2008-2011), and Orrick, Herrington & Sutcliffe (2011-12). During his years practicing law, he participated and led numerous cross-border transactions, including several projects that were named “Deal of the Year” in the China market by leading law publications. In 2015, he was appointed to the Council for the International Association of Evidence Science.

Learn more about Thomas Y. Man at the following sites: