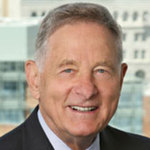 Birch Evans Bayh, Jr. was born January 22, 1928, in Terre Haute, Indiana. He attended Fayette Township High School where he excelled in public speaking and leadership. Raised partly on his grandparent’s farm, Bayh developed a passion for farming and won numerous agricultural competitions, including the 1944 Indiana 4-H Tomato Championship. After High School Bayh served three years in the U.S. Army, before attending Purdue University, where he received his B.A. in Agriculture in 1951. In 1952 he married Marvell Hern and began taking courses at Indiana State University, all the while running the family farm.

In 1954 he was elected to the Indiana House of Representatives, where he served two years as Speaker and four years as Democratic Floor Leader. At the time, Bayh was the youngest Speaker in Indiana state history. At the same time he was a legislator, Bayh studied law at the Indiana University School of Law and received his JD in 1960. At age 34, Bayh was elected to the United States Senate in the 1962 midterm elections, defeating 18-year incumbent Homer E. Capehart.

Over the next 18 years Bayh would rise to become one of the most known and influential politicians the state of Indiana has ever produced. Among his accomplishments are:

- Author of the landmark legislation Title IX to the Higher Education Act that mandates equal opportunities for women students & faculty.

- Author and co-sponsor of the Bayh-Dole Act that enables universities and small businesses to gain ownership of federally-funded copyrights.

- Chairman of the Senate Select Committee on Intelligence.

Birch Bayh spent his retirment living in Easton, Maryland, with his second wife Kitty. He was a fellow at the C.V. Starr Center of Washington College in Chestertown, Maryland. Bayh was inducted into the Law School’s Academy of Law Alumni Fellows and presented with an honorary LLD in 1995. He received the Indiana University Distinguished Alumni Service Award in 2009.

Learn more about Birch Bayh at the following sites: