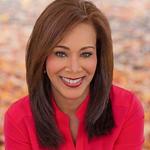 Andrea Morehead is an Emmy Award-winning journalist, originally from Anderson, Indiana. She attended Howard University in Washington DC, graduating summa cum laude with a B.A, in Communications/Journalism in 1991. While at Howard, she began her television career as a Production Intern with Koppel Communications. From 1992 to 1993, she was a reporter/anchor for the weekday evening newscast with WGMC-TV in Worchester, Massachusetts. In 1993, she entered the law school at Indiana University, Bloomington. During her time in law school, she worked as a Management Council law clerk with the National Football League in New York. Upon graduation with her JD in 1996, she joined WXIN-TV in Indianapolis as a reporter, assistant producer, and assignment editor. From there she went to WOOD-TV in Grand Rapids, Michigan where she anchored the 6 and 11 weekend evening newscasts.

Learn more about Andrea Morehead the the following sites: