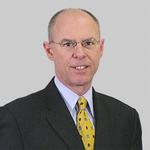 Brook returned to his hometown after graduation where he served as an Assistant City Attorney, before becoming Deputy Prosecuting Attorney in St. Joseph County. He then entered private practice where he was involved in over 100 jury trials. Beginning in 1986, Brook served twelved years as a judge on the St. Joseph Superior Court. In October of 1998, Brook was appointed to the Indiana Court of Appeals and in 2002, he was named Chief Judge. As a trial judge, Brook presided over 190 jury and 600 bench trials, and authored over 700 appellate opinions while on the Indiana Court of Appeals.

Brook has taught at Indiana University School of Law, the University of Notre Dame Law School, the National Institute of Trial Advocacy, and legal education programs across the U.S., Canada, and the United Kingdom. Additionally, he founded the mock trial program at John Adams High School, the high school he attended in South Bend. Brook stepped down from the Appellate Court in 2004 and moved to Denver, Colorado, where he provides dispute resolution services for the Judicial Arbiter Group. In his semi-retirement, Brook has followed a lifelong passion for acting and regularly performs a one-man Clarence Darrow show.

Sanford Michael Book was inducted into the Indiana University School of Law Academy of Alumni Fellows in 2003.

Learn more about Sanford Brook at the following sites: