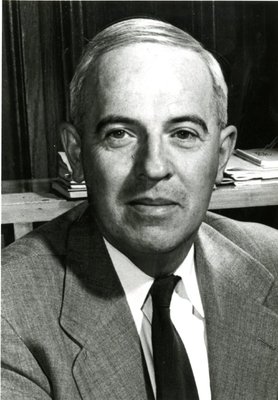 Leon Harry Wallace (b. 1904; d. 1985) was born in Terre Haute, Indiana, and received his undergraduate degree from Indiana University in 1926. After spending four years in San Francisco, working for Rand McNally, he returned to Indiana where he received his law degree from IU in 1933. Wallace taught part-time in the law school upon graduation, while working in his father’s Terre Haute law firm, but after two years decided the family practice needed his full attention. In 1945, however, he became a full time Professor of Law. Six years later he served as the school’s Acting Dean and a year after that (1952), he became the eighth Dean of the Indiana University School of Law. Wallace stepped down as Dean in 1966 and became the Charles McGuffey Hepburn Professor of Law. Wallace retired in 1976.

For a complete list of Leon Wallace's writings click here. Llisted below are writings about Leon Wallace, along with miscellaneous materials related to Wallace.

School of Law to get Portrait of Former Dean

Former Deans: Where Are They Now?

Leon Wallace in his Office