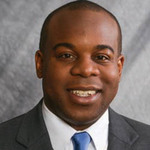 Raised in Sebastian, Florida, Stephen E. Reynolds became interested, and proficient, in computers as a child. By the time he was in high school, he was designing websites for local business. Reynolds attended the University of Florida where he studied to be a computer engineer, while also working as a software tester for an aviation textbook and software manufacturer. During his final year of college, however, he took some introductory law classes and decided he would become a lawyer. Reynolds received his B.A. from Florida in 2004 and then spent a year as a computer programmer and IT analyst, before enrolling at the Indiana University School of Law. Reynolds received his JD degree from Indiana in 2008.

Since graduating from Maurer Law, Reynolds has been employed in the Indianapolis offices of Ice Miller. He is currently a partner in the firm’s Litigation Group and co-chair of the firm’s Data Security and Privacy Practice. Reynolds has been a member of the Maurer School of Law’s Black Law Student Association Advisory Board since 2015 and served as President in 2018. In addition, Reynolds was named the inaugural recipient of the law school’s Young Alumni Distinguished Service Award in 2018.

To learn more about Stephen E Reynolds, see the sites below: